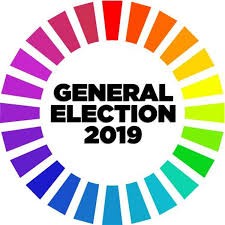 The Genesis Initiative was formed to improve the quality of the debate on SMEs in the UK and Europe and create economic reform, driven by SMEs and supported by Parliamentarians.

Provide long-term patient funding to UK SMEs the government should establish a high street national brand similar to the US Small Business Administration or Germany’s KfW, fulfilling the need for long term capital and mentoring to give small businesses the confidence and skills to grow and so create jobs. While operating through local providers, the new agency should, like the US Small Business Administration, be one of if not the UK’s primary SME finance brand. SMEs have lost trust in traditional UK banking brands. A reluctance to borrow to grow because of those issues of mistrust contribute to the limited number of UK businesses deciding to enter the growth corridor where new jobs are made, and competitiveness grows on the international stage.

To stop the heavy-handed approach of IR 35, which is stopping UK business being able to access vital flexible expertise and is about to be made even more difficult For almost three decades, the UK has enjoyed a competitive advantage through its businesses being able to access vital flexible expertise they need to deliver projects and drive the economy forward. The intermediaries’ legislation colloquially referred to as the IR35 tax rules (IR35) undergoes another major overhaul in April 2020. The impact of the changes is likely to be highly detrimental, particularly at a time when the UK economy needs to be nimble on its feet to deal with the potential opportunities and threats posed by Brexit. Many freelancers may choose to change their businesses or close them, many businesses that benefit from using freelancers may cease to do so. The Government needs to row back on the new tougher measures and needs to give start-up consulting and service businesses, in particular, a window to get themselves established before fitting them with IR 35 rules. You can see more here IR 35 – destroying flexible British SME expertise