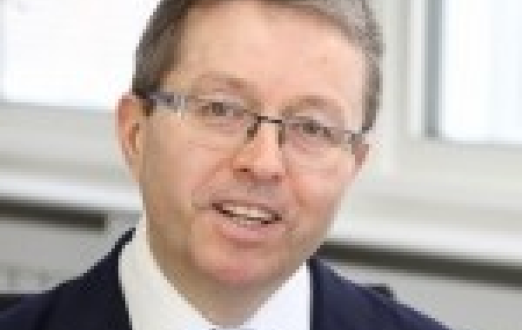 As we are all aware, as businesses are now being encouraged to go back to work, the SME sector faces its greatest challenge in our lifetimes, perhaps in many lifetimes. In the last few weeks, Genesis has been working on two objectives:

You will have seen that Genesis bulletins in recent weeks have focused on the immediate need to resolve short-term issues, such as liquidity and support for employment. Chancellor Rishi Sunak has developed what most believe to be powerful responses to support the SME sector. Nevertheless, that support has not gone far enough in supporting micro-businesses, especially those where directors draw income dividend. Also, insufficient attention has been paid to that greatest enemy of SME liquidity, late payment. Here, research shows that, even as businesses start to try to go back to work, too many larger businesses are still supporting their own liquidity by not paying their suppliers on time.

Attached you will find the next stage of our Sovereign Wealth Fund campaign. Genesis Initiative The Case for a SWF 14th May 2020
As noted in last weekend’s Financial Times, the best time to initiate a sovereign wealth fund is when the nation is flush with cash, the second-best time is when there seems to be little alternative. We are at that second-best time. The FT coverage drew on language which is becoming common. Genesis simply wants this idea to be out there.

The core Genesis proposition for the Sovereign Wealth Fund is that the nation would take equity and long term debt stakes to help SMEs get back growth. Like the US Small Business Administration, big-scale cuts risk and low fees can be charged to cover the costs of the service and the mentoring support it would also involve. The objective is not for the state to become a long-term owner of businesses, but that SME owners have the time they need to rebuild and can repay their debt to the nation when their business is healthy. The German KfW bank provides a similar precedent. In addition, the paper includes shorter-term proposals to increase liquidity and give businesses the confidence to get back on their feet, such as a government credit card to give up to £10,000 of liquidity in key areas of business spending.

Over the coming weeks, Genesis will be running campaigns, with partners, to reach politicians, civil servant, opinion formers and businesses themselves on the following issues.

If you think there are other particular campaigns Genesis should be running as part of the COVID 19 response, then please contact David Harvey DJH@DJAHPartners.com.

At this difficult time, we send all Genesis colleagues our best wishes. Keep well!