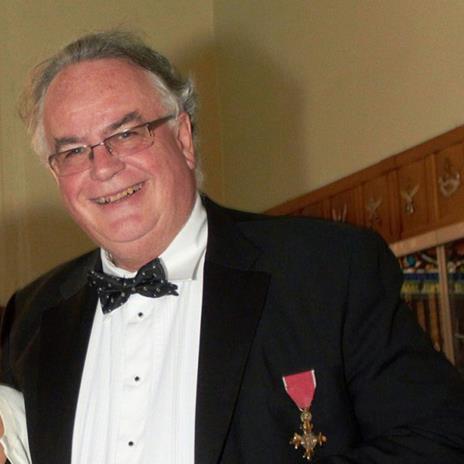 It is with great sadness and regret that we announce the passing of Alan Cleverly OBE, The Genesis Initiative’s Chief Executive and Founding Member, who lost a brave battle to cancer on 7 March 2016.

A tireless supporter of and lobbyist for the small business sector for several decades, Alan was a notable and respected figure in political life and public service, having worked with many leading politicians including the late Prime Minister, Lady Margaret Thatcher, and as an active political agent at local and Parliamentary levels, representing many local councillors, as well as Members of Parliament, including the Rt. Hon Michael Gove, MP for Surrey Heath.

Alan’s efforts on behalf of the Surrey Heath Conservative Association and its predecessor North West Surrey, made it the most effective and successful association in the United Kingdom, enabling it to also support other associations across the country.

Outside of his work for The Genesis Initiative, Alan’s activities were far-reaching and diverse, spanning not-for-profit, charitable and commercial organisations alike, in non-executive director and trustee roles.

These are just some of the numerous tributes and sentiments that have been pouring in since Alan’s passing and shared among the 1,000 plus people who attended his funeral on 31 March.

“great loss to political life”, “loved, respected, a true and loyal friend, “a great man, the best we will ever see”

With the kind permission of our Chairman, Cllr John May, and Financial Director, Barry Price OBE, we share the eulogies they delivered at Alan’s funeral at Guildford Cathedral.

Eulogy by John May
Eulogy by Barry Price OBE
If you would like to make a donation towards the charities that were close to Alan’s heart, The Lisa May Foundation and Cancer Research UK, please use this link https://uk.virginmoneygiving.com/SomeoneSpecial/AlanCleverly